Doing audio can actually raise 1 billion! Where is the next

Note: Picture source Dragonfly FM
From Luo Zhenyu's big push to get the "get" platform, to knowing the battle between the live point and the answering point; from the "good talk" of the rice cracker culture, it was easy to get 30 million in the Himalaya FM, to the "short and big tight" "Guiden" went online and broke 100,000 paying users a month, and then Dragonfly FM raised 1 billion ... all of which released an important signal: audio seems to be rushing to the heights of new media.
Good at multiple forms to find new content bonus points
Of course, in addition to audio, the current hot game of new media is also focused on short videos, live broadcasts, pictures + simple text.
Among the 640,000+ accounts monitored by Qingbo, there were 32 accounts with a 500+ ranking improvement in August, including 8 in audio format, occupying a quarter of the position, showing the current audio the fire.

Note: The source of the picture is Qingbo Big Data
There are 5 accounts presented in short video, and the account of the fastest progress in the top 1000 list in August, "Quick Hand Event", revealed the latest big event of Quick Hand, and it is inseparable from the video. The strength is indeed good!
Short video brand + short video MCN service provider "He Xiangufu" won tens of millions of RMB A + round of financing
Video social platform "Fission Technology" announced that it has obtained 105 million yuan A round of financing
On August 8th, the new studio completed a 144 million yuan additional issuance
On March 31, Li Video obtained tens of millions of RMB financing
On March 23, Kuaishou round B financing of 350 million US dollars
On January 9, Douyin completed millions of RMB angel round financing ...
Of course, there are live broadcasts, pictures + simple text. More and more people are entering the live broadcast, and pictures or comics have been screened many times recently, such as "Who are we?" "," Baique Ling God ads are here again! "," How to pretend to be a good mother? "Wait. 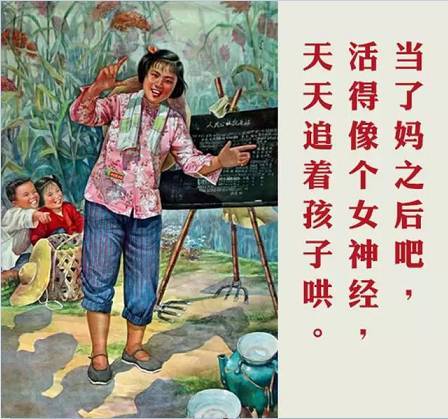 Note: Image source "How to pretend to be a good mother?" 》
It seems that it is not that the traffic disappears and the bonus is not, but that you opened it in the wrong way. So why can these forms become new content bonus points?
The influx of users can master the bonus
Audio: The value of sound is gradually tapped, and the blue ocean of the mobile audio market emerges
Around 2011, the subdivision of mobile audio began to appear in the Internet industry chain. To date, several companies with large market shares such as Himalayan FM, Dragonfly FM, and Litchi FM have emerged in the market.

According to forecasts from Analysys think tanks, there will be 258 million online audio users in China in 2017, but relevant information shows that Dragonfly FM already has about 300 million users, indicating that mobile audio users have exceeded 300 million, which may develop faster than predicted.
At present, Himalayan and Dragonfly, which have the highest number of users, have cultivated a large number of excellent anchors. The anchors have formed a strong relationship chain through interactions with users. Users can earn income for the platform through virtual props payment and rewards.
"Ten o'clock at night, to accompany you to study."
This is the opening remarks of the public account "Ten o'clock Reading". Founder Lin Shao said that when he previously made a public account, he also considered graphics, but the graphics are always not as warm as the audio. Audio naturally has a temperament of being close to people.
At present, after a trial of Ma Dong, Luo Zhenyu, Gao Xiaosong, etc., the combination of "celebrity" + "curriculum content" has become the most needed resource for major platforms.
However, moving from a small amount of "head (name) department (person) content" to more rich content is the next point to be overcome when paying for audio content.
Live broadcast: two days of ice and fire in a short period of time, but more and more people are pouring in
Over the past year, driven by the upsurge of capital, technology and public opinion, the live broadcast industry has taken off, and it can be said that it has entered the era of live broadcast for all. Hundreds of live broadcast platforms have staged a hundred battles. However, due to data fraud, empty content on the live broadcast platform, and serious homogenization, the live broadcast soon entered a "weak period."

Xu Tao, director of the ATV Avant-garde Program Cluster, once said: "In the second half of the mobile Internet, the content of the live broadcast platform becomes particularly important, and the intensive cultivation and specialization of the content will lead the direction of the live broadcast economy."
Although the business model, future imagination and profitable space of live broadcasting are still under discussion, the facts are in front of us. It intuitively tells us that life is being changed by live broadcasting, so the future development of the live broadcasting industry is bound to be full of opportunities and challenges.
Short video: Now that the sand and the sand are down, the future will be magnificent
Since the beginning of the year, short video has ushered in the second spring, the growth momentum directly overshadowed the live broadcast, and the capital attention and user popularity are catching up with the live broadcast.
According to the data from the "China Short Video Market Research Report", China's mobile short video users continue to expand, and it is expected to reach 242 million by the end of the year, with a growth rate of 58.2%. The characteristics of short video duration, high information carrying capacity, and vivid image enable mobile phone users to fully use the fragmented time to watch, which is more in line with the current consumer behavior habits of mobile phone netizens. 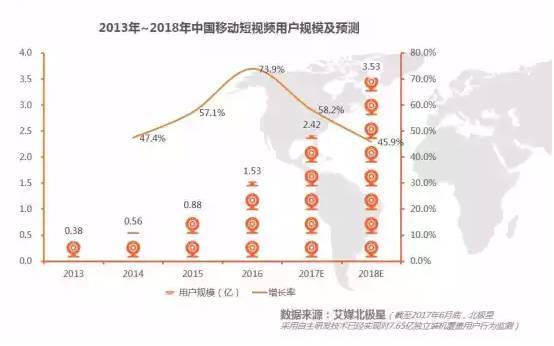 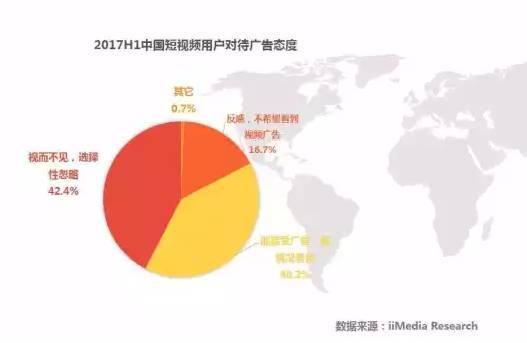 This statement is not unreasonable, because according to the survey, over 80% of users do not dislike the advertisements in short videos, so as long as the quality of short videos is good, and the ads can be fully combined with the video content, it can achieve a good marketing effect, and this is also a short video. An important way to monetize the market.
Picture + simple text
Everyone should also find that the form of "picture + simple text" has recently become more and more popular among users. Picture + simple text including comics, group pictures and other forms.
I believe that everyone who is concerned about the new media should not be difficult to find that many public accounts are now working hard to create their own comic IP images. Among them, the more famous ones are uncles like the same fellow, Niu Bangbang, and lying duck.
Mi Meng, who uses emotional chicken soup as a killer, claimed to go deep in the content and also started to launch an original comic series.

Note: Picture source Mi Meng
According to NetEase statistics, the user scale of comics in China is rapidly expanding, reaching hundreds of millions in 2017, and is about to enter a state of rapid development. It seems to me that everyone is a potential user of pictures + simple text, because this form is indeed "good-looking and fun", of course, good works are essential.

Note: The source of the picture is "Baique Ling God Advertisement is Here Again!" 》
For example, the original author of the Baique Antelope Advertisement, "Local Climate Investigation Bureau", the long graphic narrative style of this account has impressed many people. From the beginning of the year to the beginning of May, this number pushed a total of 11 original content (not including single image push), of which 8 10w + readings, the explosion rate was as high as 73%, and the performance was similar. It may be luck to produce a burst of text, but the continuous production of burst text only shows that this form is really popular with users.
As a new media, you can't do well without a sense of crisis. It can be said that the new media has entered a new round of market reshuffle, how to occupy a place in the new market reshuffle?
Then it is necessary to meet the user's consumption content upgrade, the first is the upgrade of the content expression form, the new media play has slowly shifted from the original pure text to the combination of audio, video, live broadcast, pictures + simple text, etc. Only by coming up with more new ways of playing can we rush to the heights of new media and become a new content bonus.
0